The Binary & The Holistic Self WELCOME TO the first section of PART 5: – THE BINARY & THE HOLISTIC SELF!

This final part is slightly longer but there will be a pause in the middle to call in your full holistic self.

In the first section of PART FIVE of the gender series we open our eyes to the bigger reasons why. Why is the truth of queer/trans/intersex people and experience suppressed in so many areas? Nature? Across global cultures? Indigenous North America? Early US history, and so much more? Digging deep to understand the core development of Western culture helps us see how all of these areas are connected.

We begin by reviewing the cultural shift from matrifocal to patrilineal and how this has profoundly affected our current culture and created a false binary. We then look at how calling in our full holistic selves is a powerful antidote to the binary and the patriarchy and its effects. All this prepares us for the second section where we begin shifting our current perspectives to create a new, true world that includes queer/trans/intersex fabulousness, embrace holistic perspectives of gender and learn about The Gender Wheel. 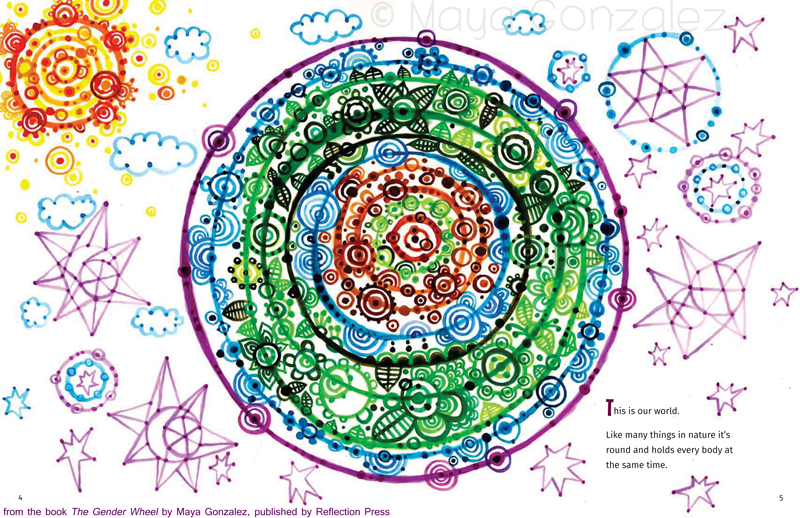 WHY A WORLD OF FALSEHOODS?

As we review the last 4 parts from this series, a new world begins to form in our imaginations: a queer/trans/intersex INCLUSIVE world reflected in nature, global cultures, indigenous America, even early US history. This includes 3, 4 and more genders with multiple sexual identities and family formations. Perspectives that are fluid and inclusive to accommodate the breadth of nature have always existed, throughout the world, including North America. Perspectives like these are often associated with matrilineal or matrifocal, communal or nature/land based communities, common among many indigenous cultures. These communities once existed across the entire world. They certainly existed in large parts of Europe and the Americas pre-colonization.

In fact, today the patriarchy can seem so firmly embedded in reality that it appears as TRUTH, as if it is THE WAY THINGS ARE, even if it means that upon closer examination, there is a universal lie going on.

All this changed with the introduction of patrilineal and patriarchal systems. The shift toward patriarchy began a very long time ago and evolved as it spread over time. Although some matrifocal societies still exist today, the patriarchy of Western culture continues to dominate experience and thinking throughout the majority of the world and public sphere. In fact, today the patriarchy can seem so firmly embedded in reality that it appears as TRUTH, as if it is THE WAY THINGS ARE, even if it means that upon closer examination, there is a universal lie going on.

Why would a shift away from a matrilineal, communal, nature/land based perspective entail such a drastic measure as to recreate reality into a false one? One that denies the reality of what is and always has been?

It took a very long time for the patriarchy to develop and there were numerous contributing factors along the way, but many significant philosophers and researchers believe it was rooted in war, violence, conquest and the domination of land and women as property. Like queer scholarship, study focusing on women in more and more truthfull ways is growing exponentially and providing greater understanding to our current culture. Here is a significant example of the shifting landscape long ago.

“As class divisions deepened in ancient Roman society, the sexes were assigned an increasingly unequal status. Once property-owning males ascended to a superior social position, those categories could not be bridged or blurred without threatening those who owned and controlled the new wealth. Ownership of property and its inheritance, paternity, legitimacy, and titles became vital legal questions for the new ruling elite. The heterosexual family, headed by the father, became a state dictate because it was the economic vehicle that ensured wealth would be passed on to sons.
Everyone who was not born a male heir to property bore the wrath of the new social system. Just as the status of women was degraded, so was everything that was ‘not male’—transgender, gender-bending, sex-change, and intersexuality. A woman could not become a man, any more than a slave could become a ruling patrician. Males who were viewed as ‘womanly’ were an affront to the men in power.”

This system evolved and firmed itself over centuries as it spread far and wide.

“The very fact that… rulers were still trying to ban any form of trans expression demonstrates deep beliefs still persisted from communalism. But the repressive laws aimed at further oppressing trans people, gay and lesbian love, and women formed part of the Corpus juris civilis—Roman body of law that was later used as the foundation for religious and secular law in Europe, England, and the United States.”

Indigenous European culture was decimated by the Romans and later by their law. Eventually, colonized Europeans went on to spread patriarchy across the globe through colonizing other indigenous communities. In order to maintain power and control, they used the same systems that had been effective in controlling them by manipulating ideas about women, nature, gender, sexuality and indigeneity.

Looking at the indigenous Americas and the European colonizers’ actions within this context makes it clear why our community was specifically targeted. It is documented that queer/trans/intersex people often held positions of more power on multiple levels in their communities, had greater resources, be it economic, spiritual, social, healing, etc… Third and fourth gender people, or what is currently called Two Spirit by indigenous, Native American people were consulted and valued. They greatly impacted their communities. Targeting queer/trans/intersex people is integral to patriarchy, to Western culture and to colonizing. 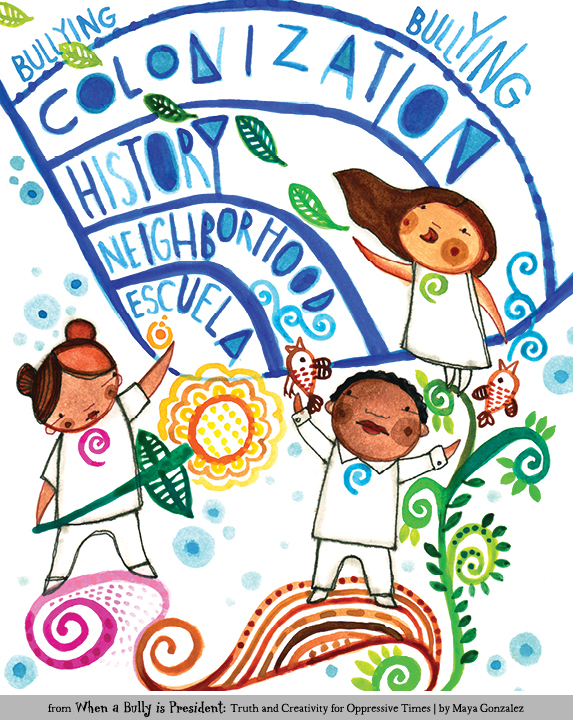 You can learn more about the patriarchy’s early development here.

MAKING SENSE OUT OF MADNESS

With many centuries in the making, combined with system upon system created to firm and confirm Westernization across the globe, it can be challenging to step away from Western thinking and its patriarchal perspectives. That’s why uncovering and calling OUT the truth is so important. It has a way of clearing the path of false debris and clearing the mind and heart to feel more free.

and early US history—countless records of queer/trans/intersex ancestors including the possible queering of 3 US presidents.

This larger, more complete perspective of reality brings into view the truth. Queer/trans/intersex people and experience are everywhere, all the time because we are a part of nature. It is toward this direction that we now turn.

Through the series we’ve looked at the world from:

the most basic: nature,

to the next biggest: global cultures,

and focusing in: early US history.

We are already beginning to create a holistic perspective of gender.

Each area of learning nested within the last. It goes without saying that each area is a brief introduction meant to hint at larger realities that warrant further study. This establishes a pattern of learning and awareness that is expansive and connected. Learning like this and drawing our awareness to it are ways that we can begin understanding how Western thinking has affected us and how we can gain perspective on it.

The patriarchy is by its very nature and necessity, predicated on division and not just any kind of division, but binary division in particular.

“Binary opposition is the system by which, in language and thought, two theoretical opposites are strictly defined and set off against one another. It is the contrast between two mutually exclusive terms, such as on and off, up and down, left and right. Binary opposition is an important concept of structuralism, which sees such distinctions as fundamental to all language and thought. In structuralism, a binary opposition is seen as a fundamental organizer of human philosophy, culture, and language.”
“Typically, one of the two opposites assumes a role of dominance over the other. The categorization of binary oppositions is “often value-laden and ethnocentric”, with an illusory order and superficial meaning. Furthermore, Pieter Fourie discovered that binary oppositions have a deeper or second level of binaries that help to reinforce meaning. As an example, the concepts hero and villain involve secondary binaries: good/bad, handsome/ugly, liked/disliked, and so on.”

When we place the cultural shift into perspective

From matrilineal to patrilineal,

From communal to individualistic,

From indigenous to Western,

we can see a pattern of power-over and can imagine the imperative for binary thinking to develop and become firmed. Eventually this extends into every area of experience, through its relation to gender and sexuality, as well as race and ethnicity. This is the foundation of Western thinking. Individualistic. Patrilineal. Eurocentric. Dominating. And it’s deep. 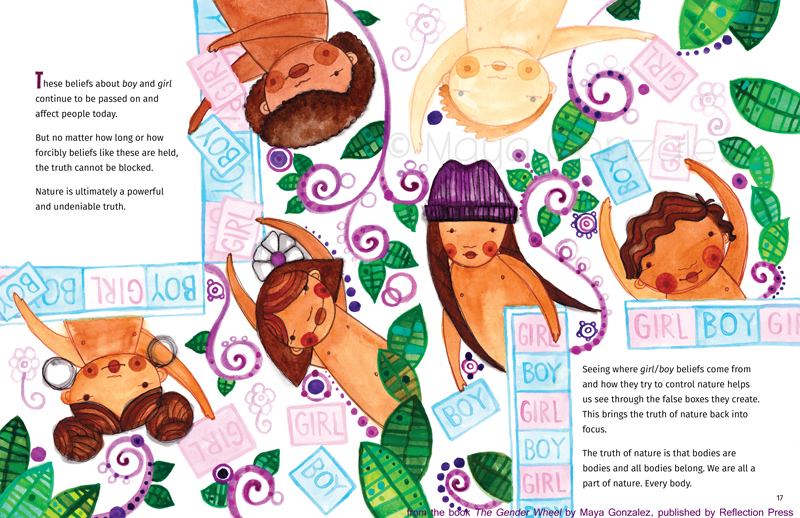 Being able to see through Western culture and fully see through patriarchy must by necessity happen in steps. It is an evolving process or maybe an un-processing, as we become raw and natural again, healed from the effects of a system designed specifically to oppress queer/trans/intersex people, nature, indigenous people and women. It may be for sanity’s sake that it comes in steps. As one belief falls, it makes room for another to fall and another. Once the large lies are exposed, all the small lies unravel leaving everything exposed for what it is.

It’s not about one huge change, but a series of steps, a daily practice even, because what we need to change is quite literally how we think, because now, the patriarchy lives within.

Once the larger truths are told, all the small ones fall into place and reorganize. Everything. Truth this extensive and far reaching instigates a progressive and profound shift, but how do we begin and where?

Every step counts in a dance like this. It’s not about one huge change, but a series of steps, a daily practice even, because what we need to change is quite literally how we think, because now, the patriarchy lives within.

What helps with something like this? What makes sense out of madness? One of the most powerful antidotes to Western culture and the patriarchy and the impact it’s had on our thinking is a holistic perspective. This begins to change everything. Fundamentally. While giving you something to hold onto. Truth. Nature. Your whole self.

Prev US History: 4 Areas of Action
Next Toward a Holistic Perspective of the Self