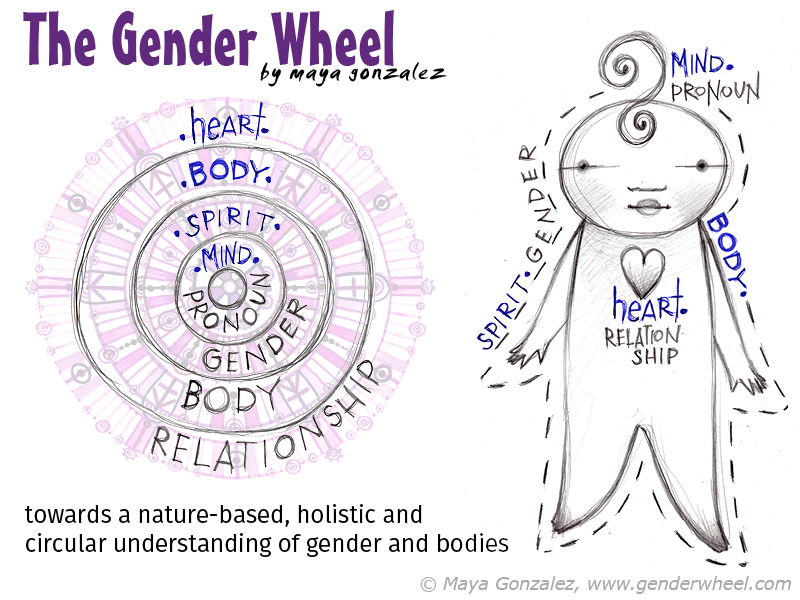 These four aspects of the self, BODY, GENDER, RELATIONSHIP and PRONOUN aren’t necessarily fixed. For many they are fluid, either all the time or for periods of time. In order to accommodate the holistic self and the infinite possible bodies, hearts, minds and spirits in combination and potentially in motion, I needed a symbol that was natural, dynamic, infinite and inclusive to portray gender in truth.

One organically rose from my heart.

I began developing The Gender Wheel and published its original incarnation in 2010 in The Gender Now Coloring Book, one of the first books to address transgender and intersex topics with kids. It conveyed how I saw the world around me and was rooted in my personal experience as a queer, femme, Xicanx artist/activist/parent having healed from the effects of profound homophobia in my family of origin. I initially created it for my then 5 year old child, Zai to share about the people in our community. I was committed to passing on a queer/trans/intersex-centric perspective in my family rooted in mamiearth.

The Gender Wheel rose from:

In the beginning, The Wheel had 3 circles and primarily focused on Body and Inside or Gender. When first published in The Gender Now Coloring/Activity Books, my intention was to exponentially expand ideas about bodies and gender and begin blowing the binary apart. For reference and confirmation, The Wheel is then seen in context with nature, global cultures and history to see how it rolls and understand its reach. 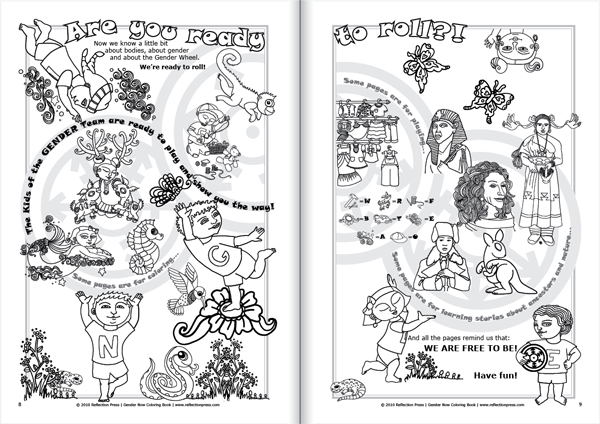 The center circle meant to designate self later became the Pronoun Circle.

The 4th circle, Relationship, will be explored in The Rainbow Alphabet, a book for young ones about LGBTQIA2S+.

All circles hold infinite potential. Familiar markers are placed around each circle to show connection and flow, but words are in constant flux and the truth is WE NEED A LOT MORE WORDS to truthfully express who we are. Because the binary is so deeply embedded and because I’m focused on kids, I use the dominant boy and girl in our culture and try to play, rearrange, reconnect, expand and steadily dismantle them to support new ways of thinking about old patterns. Beyond 2 boxes or a spectrum with two ends, The Wheel is a place to find yourself, see your community and know you belong in the circle. 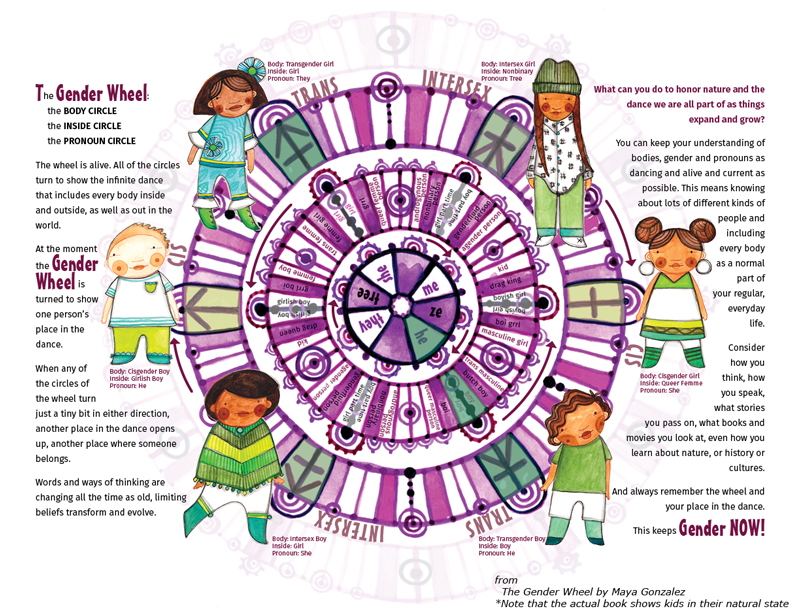 Pronoun circle includes familiar ones and space for more to grow into: They, She, He, Me, Ze, and Tree.

Tree is to affirm that we need more words that reflect the deeper meaning of who we are as queer/trans/intersex people! Especially ones connected to nature. Language is OURS! We must move beyond the binary in how we speak.

All of the circles turn forward and backward opening up infinite possibilities along their curve and between the circles making room for every body to be exactly who they are.

Again, for the Holistic Self to be complete, it must also be placed in CONTEXT. In this case, that would be the Holistic perspective of gender including nature, global cultural awareness, indigenous history and the history of your country, along with family, community, society, history and ancestry. 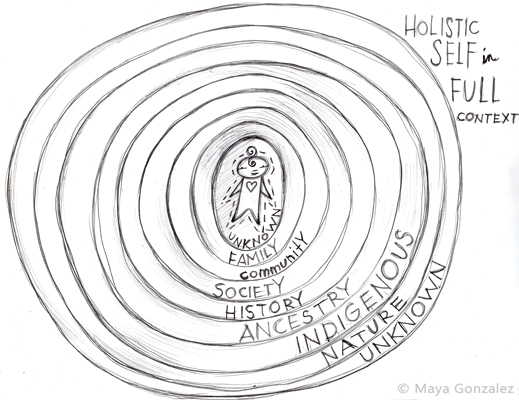 The Holistic Self and Gender
Prev
Part 5: Imagine for a Moment
Next